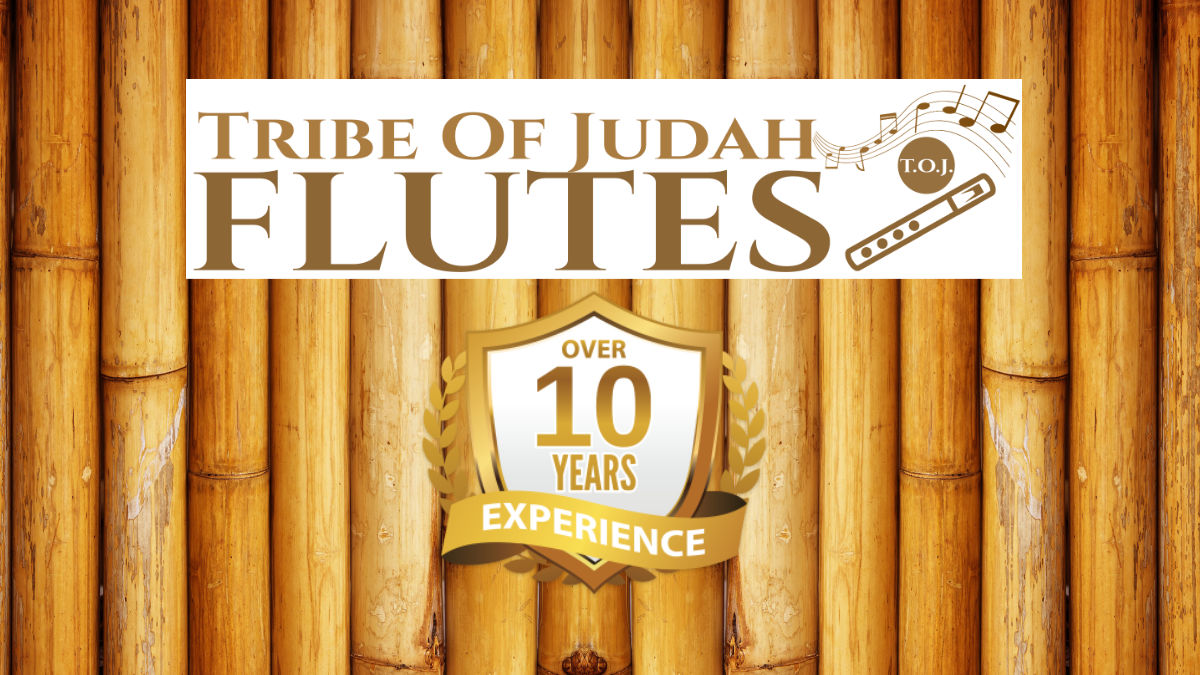 ↓ scroll down to view more bamboo flutes available to purchase ↓

I’ve seen some of the flutes that Gary has professionally handcrafted and not only was I blown away with how they look, but the wonderful sounds that came from them. My favorite was one of them that was slightly bigger and it produced such an amazing deeper full- bodied sound. If you are a flute musician you have to have one of these! You can’t find these in stores anywhere to such a degree of craftsmanship. Please contact Gary today to get yours!!

I love my Tribe Of Judah Bamboo Flutes! At first I was blowing too hard making sharp loud tones. After practice I have leaned to relax and breathe normally when I play and now it sounds like Gary’s in the video. So pretty. I noticed when I have been playing in my home, you can feel the atmosphere shift and feel God’s presence. These are special and anointed flutes. Thank you Gary for making these for us who praise and worship the Lord using our flutes. God Bless you!

My Sweet B flute was made to perfection and what I really love about it is that each one is unique in its own way. No 2 are the same… ty Gary & Rhonda it is awesome and being a beginner I have not mastered it…. but will come with practice thank you and much agape and blessings sent your way!

It’s an honor to make the flutes for Jesus and for His glory they have already been distributed to many places of the world.

I just returned from a 3 week trip to South Africa and Ethiopia. I felt led of the Lord to take my flute with my on this trip and to play and intercede for these areas. As I interceded for South Africa we began to suddenly see the weather change. There’s been quite a drought there and the animals have had a hard time finding water. As I played my flute and prayed in the Spirit rain began to pour down and the animals began to show up. Some of the animals that began to show up (seemingly out of nowhere) such as the Cheetah hadn’t been seen in this area in over 6 years! In the 2 week time I was there on Safari we began to see huge herds of animals suddenly appearing that I was told was extremely rare! My safari guide was completely baffled! I told him it could possibly be The Lord’s anointing and the flute that perhaps was drawing the animals to us because everything that has breath worships the Lord! The herd of elephants surprisingly appeared at our camp site approximately 40 minutes after I sat outside my bungalow and played the flute and prayed. I thought you might like this testimony and to see God’s creatures drawn to worship.

As I traveled to a different camp area in the Bush of South Africa I played the flute over the plains. It drew a South African woman to me and we suddenly both started singing in tongues. We didn’t even have to speak to each other to know we both knew the Lord. Her name is “Precious” and as I played the flute the power of God fell and she fell to the ground and was healed and delivered. Praise Yaweh!

I then traveled to Ethiopia the following week and interceded on top of a mountain near a village I was staying at. As I interceded there for the power that’d been off for 5 days it suddenly came back on that night. I played the flute in the home I was staying at and it brought restoration to the family that resides there. Many tears were shed and it brought a time of prayer, scripture reading and healing to this family. Many Blessings to you!